Never clean condenser.
Allowing fresh produce and other unsealed foods to retain their moisture content and freshness longer. Moisture sensitive foods such as fresh fruit, salads, rice, etc., can now be stored on open shelves without excessive moisture loss. Due to the higher humidity in the refrigerator, you may on occasion experience fog or small amounts of moisture in the refrigerator compartment. This is normal and may come and go as different food loads and environmental conditions change. Wipe dry with a paper towel if

The separate airflow system minimizes the mixing of air between the two compartments, which reduces fresh food odor transfer to improve the taste of ice.

*Freezer air is used in the CustomCool

**Testing shows a higher level of humidity in the Fresh Food section in ClimateKeeper2 refrigerators versus conventional units.

About TurboCool. (on some models)

Once activated, the compressor will turn on immediately and the fans will cycle on and off at high speed as needed for eight hours. The compressor will continue to run until the refrigerator compartment cools to approximately 34F (1C), then it will cycle on and off to maintain this setting. After 8 hours, or if TurboCool is pressed again, the refrigerator compartment will return to the original setting.

Press TurboCool. The TurboCool temperature display will show Tc and the LED will be activated.

After TurboCool is complete, the TurboCool indicator light will go out.

NOTES: The refrigerator temperature cannot be changed during TurboCool.

The freezer temperature is not affected during TurboCool.

When opening the refrigerator door during TurboCool, the fans will continue to run if they have cycled on.

The ExpressChill feature is a system of dampers, a fan and a temperature thermistor.

The pan is tightly sealed to prevent the pans temperature from causing temperature fluctuations in the rest of the refrigerator.

The controls for this pan are located in the top of the refrigerator or on the dispenser with the temperature controls.

Select the ExpressChill pad. On some models, you can then select the chill time

(use chart to determine best setting).

Other models will only have one option

(45 minutes). On models with multiple settings, tap the pad until the light appears next to the desired setting.

To stop a feature before it is finished, tap that features pad until no options are selected and the display is off.

During ExpressChill,the display on the controls will count down the time in the cycle.

How to Remove and Replace the Drawer

Pull the drawer out to the stop position.

Lock all four swing locks by rotating them to the lock position.

Rotate all four swing locks to the unlock

Lift the front of the drawer up and out.

Make sure all four swing locks are in the unlock position.

ExpressChill Chart (on some models)

NOTE: Results may vary depending on packaging, starting temperature and other food traits. 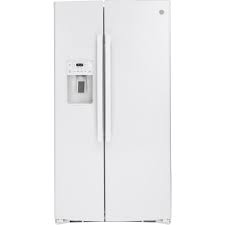