The Limited Edition KitchenAid® Pro Line® Series 7 Quart Bowl-Lift Stand Mixer in Copper Clad features a powerful, 1.3 HP Motor{D:01fb8bd7567536cc6f9a8188bdf13e55}1. Horsepower for our mixer motors was measured using a dynamometer, a machine laboratories routinely use to measure the mechanical power of motors. Our 1.3 horsepower (HP) motor reference reflects the horsepower rating of the motor itself and not the mixer’s horsepower output to the mixer bowl. This robust motor, the backbone of our new mixer, delivers .44 HP to the bowl enabling your mixer to deliver consistent power to small and large loads with less heat build-up; resulting in years of dependable mixing. When combined with and guided by our new advanced motor control board, this is our longest lasting and most efficient motor yet. Simply put, our new, highly efficient, special purpose motor delivers the power you need when you need it.
Attachment hub

(see the attachments and accessories section)

Bowl handle (style may vary depending on model)

Plug into a grounded 3 prong

Do not remove ground prong.

Do not use an adapter.

Do not use an extension cord.

1. Rotate lever back and down.

1. Be sure speed control is OFF and

4. Grasp bowl handle and lift straight up and off locating pins.

1.Slide speed control to OFF and unplug.

Failure to follow these instructions can result in death, fire, or electrical shock.

1. Be sure speed control is OFF and Stand Mixer is unplugged.

4. Press down on back of bowl until bowl pin snaps into spring

6. Plug into a grounded 3 prong

2. Bowl must always be in raised, locked position when mixing.

3. Turn beater to right, hooking beater over the pin on shaft.

4. Plug into a grounded 3 prong outlet.

1.Slide speed control to OFF and unplug.

2. Press beater upward and turn to

Plug into a grounded 3 prong outlet.

Speed control lever should always be set on lowest speed for starting, then gradually moved to desired higher speed to avoid splashing ingredients out of bowl.

Your Stand Mixer is adjusted at the factory so the flat beater just clears the bottom of the bowl.

If, for any reason, the flat beater hits the bottom of the bowl or is too far away from the bowl, you can correct the clearance easily.

(A) counterclockwise to raise the bowl and clockwise to lower the bowl. Just a slight turn is all that is required: the screw will not rotate more than 1/4 turn (90 degrees) in either direction. (The full range of adjustment is 1/2 turn, or

5. Place bowl-lift lever in up position to check clearance.

Your KitchenAid Stand Mixer will mix faster and more thoroughly than most other electric stand mixers. Therefore, the mixing time in most recipes must be adjusted to avoid overbeating. With cakes, for example, beating time may be half as long as with other stand mixers.

NOTE: Do not scrape bowl while

The bowl and beater are designed to provide thorough mixing without frequent scraping. Scraping the bowl once or twice during mixing is usually sufficient. Turn Stand Mixer off before scraping. The Stand Mixer may warm up during use. Under heavy loads with extended mixing time, you may not be able to comfortably touch the top of the Stand Mixer. This is normal.

1.Make sure the speed control lever is set to the OFF/O position.

Pour ingredients into the mixing bowl through the chute portion of shield.

IMPORTANT: Make sure the guides on the bottom of the chute rest on the rim of the bowl to keep ingredients from falling outside the bowl as they are added.

*Included with some models.

1.Make sure the speed control lever is set to the OFF/O position.

3.Slide the pouring shield off the

4. Lower the bowl support by turning the bowl-lift lever down.

5.Remove accessory and the mixing bowl.

All speeds have the Soft Start feature that automatically starts 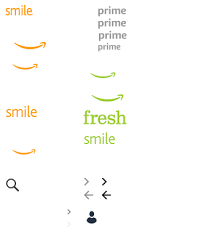